Two ideas have always been attracted me:

one was to make music as though it were a painting

A ONE-MAN SHOW BY

The works of the influential visual artist, composer and musician will be in dialogue with the masterpieces of Piero della Francesca, Beato Angelico and Perugino, some of the most iconic in the Perugia museum.

From 4 September 2020 to 10 January 2021, the National Gallery of Umbria is set to host the works of Brian Eno (Woodbridge, UK, 1948), influential visual artist, composer and musician.

Entitled Reflected and realized in collaboration with Atlante Servizi Culturali, this one-man show will present three works in dialogue with the most iconic masterpieces of the collections held in the Perugia museum, by renowned artists Piero della Francesca (Polyptych of Saint Anthony), Beato Angelico (Guidalotti Polyptych) and Perugino (Dead Christ in Pietà).

Brian Eno, who describes himself as a ‘non-musician musician’, the inventor of ambient music, record producer and visual artist, has always striven to achieve a blend between the different fields of investigation involved in his creative research.

“Painting and music have always been interrelated for me”, states Brian Eno. “I started playing with light as a medium at Art School at about the same time as I started playing music, when I was a teenager. When I think back to what I did in the years that followed, it feels as though I was trying to slow the music down to make it more like painting - and then to make my pictures move to make them more like music … in the hope that the two activities would meet and meld in the middle.”

This event will provide an unprecedented dialogue between works of the great masters and Brian Eno’s Lightboxes, each of which seamlessly phase through combinations of seductive self-generated ‘colourscapes’ using a series of interwoven LED lights. By extending temporal boundaries with work that seemingly has no beginning or end, no narrative, Eno “encourages people to stay in one place for a while”. “If a painting is hanging on a wall we don’t feel that we’re missing something by moving our attention away from it. Yet with music and video, we still have the expectation of some kind of drama, some kind of narrative. My music and videos do change, but they change slowly. And they change in such a way that it doesn’t matter if you miss a bit”.

A visit to the exhibition will also include Raphael Revisited (2011), a silk-screen print by the British artist Tom Phillips (London, 1937), whose friendship and collaboration with Brian Eno dates back to 1964 at the Ipswich Art School, where Phillips taught.

This work draws its inspiration from a votive panel, datable to the end of the fifteenth century, by an anonymous Umbrian painter who has been identified in the past as a very youthful Raphael (the work is held by the Walker Art Gallery in Liverpool). It was used by Eno for the sleeve of his album Another Green World.

The exhibition is accompanied by a catalogue published by Magonza editore.

Brian Eno (Woodbridge, Suffolk, England, 1948), is an English producer, composer, keyboard player and singer who contributed to defining and reinventing the sound of some of the most popular bands of the eighties and nineties and who created the genre of Ambient Music.

Eno already started experimenting with electronic music when he was an art student in the late sixties, and joined the band Roxy Music in 1971 as a keyboard player and technical consultant. He left the band in 1973 and started his career as a solo artist.

In the mid-seventies, Eno started developing his theory of ambient music, creating subtle instruments to influence the listener’s mood with sound, in a move that led to the publication of such albums as Discrete Music (1975), Music for Films (1978) and Music for Airports (1979).

At the same time, Eno also started producing albums for other artists: his experimental approach to music production proved to be well suited to such alternative artists as Devo, Ultravox and David Bowie, with whom he created the celebrated Berlin Trilogy (Low, Heroes and Lodger).

Returning to his career as a producer, in 2006 he worked on the publication of Paul Simon’s album Surprise and in 2008 on Coldplay’s Viva la vida.

As a visual artist Brian Eno has been exhibiting regularly since the late 1970’s. His work is dedicated almost exclusively to the possibilities that the medium of light provides. In 2009 he was invited to exhibit on the iconic sails of the Sydney Opera House in Australia, using powerful projectors to throw the light across Circular Quay. He also exhibited, among the others, in Venice Biennale (2006), in San Francisco Museum of Modern Art (2001), as well as in Mexico (2019 and 2010) and in many relevant galleries, such as the Paul Stolper Gallery in London (2019, 2018 and 2016).

During the nineties, he also worked with visual artists to provide soundtracks for their installations.

In collaboration with Atlante Servizi Culturali

- The queue at the entrance is managed so that only one person is in the ticket office/bookshop at a time.

- Hands must be sanitised at the entrance.

- Visitors’ body temperature will be measured by a thermal scanner at the entrance.

- Visitor flows are controlled to guarantee that a predetermined maximum number is not exceeded in any room.

For entitlement to free tickets and special reductions, please visit

This press release and photographs are available on www.clp1968.it 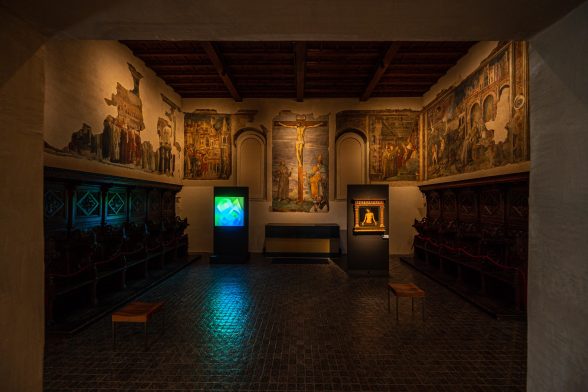 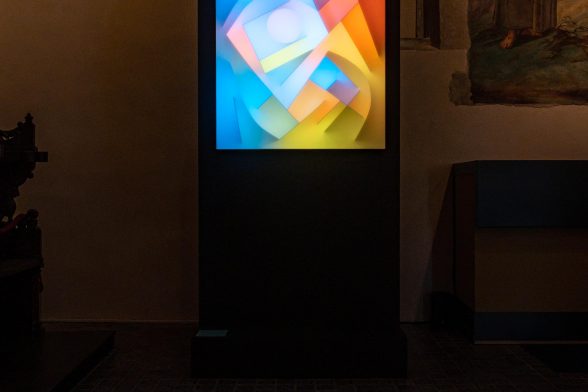 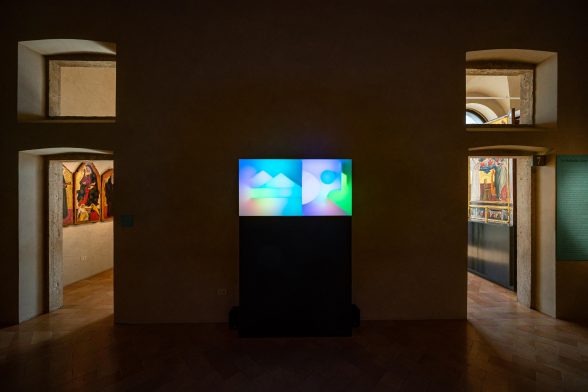 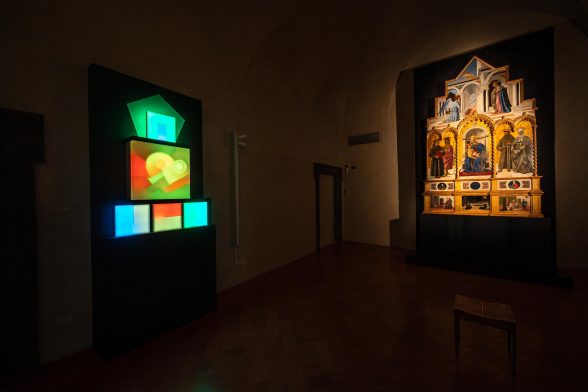 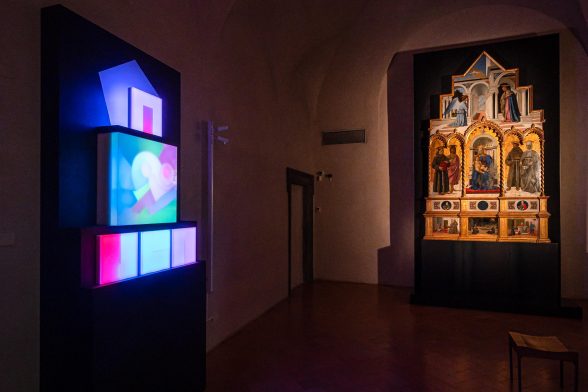