The exhibition will feature 100 works by the Sienese painter, one of the most significant artistic personalities of his day.

The imposing altarpiece of the church of San Francesco al Prato, Perugia, dismantled many years ago, will be recomposed for the occasion.

From 28 may to 30 August 2020, the National Gallery of Umbria in Perugia will play host to an exceptional exhibition.

The Gallery will be the venue for an unprecedented and extensive monographic exhibition devoted to Taddeo di Bartolo (c. 1362 – 1422), one of the most significant artistic personalities of his day, not only in his native Siena, but also further afield. A large proportion of his professional career was in fact spent working as a truly itinerant maestro, as his labours took him to Tuscany, Liguria, Umbria and Latium, where he worked on behalf of politically and economically powerful families, public authorities, major religious orders and confraternities.

Curated by Gail E. Solberg, the most highly-esteemed scholar of this artist, the exhibition will feature 100 works by the Sienese painter, so as to illustrate the entire parabola of his artistic career, from the end of the 1380s to 1420-22, including loans from prestigious international museums, such as the Louvre in Paris and the Szépművészeti Múzeum in Budapest, and with decisive collaboration on the part of Italian authorities and institutions.

Since Taddeo di Bartolo was the greatest maestro of polyptych of his day, the exhibition will focus in particular on this form of sacred art, featuring complete altarpieces and elements that have been separated in the past and are brought back together on this occasion, enabling visitors to view and understand their original compositions for the first time.

In a setting that will recreate the interior of a Franciscan single-nave church, visitors will be able to appreciate the imposing figurative composition of the long-dismembered altarpiece of the Perugia church of San Francesco al Prato, of which the National Gallery of Umbria holds no less than 13 elements, brought back together for the occasion with the missing elements that have so far been identified. These include the seven pieces of the predella depicting Stories of St Francis that are now held by the Landesmuseum in Hanover (Germany) and the Kasteel Huis Berg in s’-Heerenberg (the Netherlands), together with the little St Sebastian from the Museum of Capodimonte in Naples, which probably adorned one of the pillars of the woodwork.

The Ducal Palace in Gubbio will be loaning the eight small-scale works, painted in tempera on a gold background with figures of Saints, that originally belonged to the polyptych in the church of San Domenico in Gubbio. These works by Taddeo di Bartolo were recently bought in by the Italian Ministry of Cultural Heritage and Activities and of Tourism, MiBACT, which exercised its right of first refusal in recognition of their exceptional historical and artistic interest, thus restoring them to the city’s cultural heritage.

The exhibition will also furnish a documentary record of other types of works by the artist, such as his processional standards and small works of private devotion, facilitating as complete a reconstruction of his catalogue as is feasible.

The aim is thus to provide visitors with a complete overview of the art of Taddeo di Bartolo, from the first work he signed with his name and dated – to which the Annunciation held by the Museum of Bergen (in Norway) belongs (1389) – right through to his Madonna Avvocata from the Museum of Sacred Art in Orte (near Viterbo), dated 1420, via the most significant milestones of his career, such as the Montepulciano polyptych, whose three crowning elements are on show here, and the imposing polyptych from the Pinacoteca in Volterra (Pisa).

Taddeo di Bartolo’s important activity as a fresco artist will be illustrated by a 3D video reconstruction of the chapel in the Public Palace (Town Hall) of Siena, part of a rich multimedia effort whose purpose is to furnish a lasting documentary record of the restoration work and the diagnostic investigations conducted in preparation for this exhibition, benefitting from a contribution from the National Gallery of Umbria, and to illustrate the extremely high technical and stylistic quality of this great maestro’s output.

The exhibition is accompanied by a scientific catalogue in two languages (Italian and English) published by Silvana Editoriale.

This press release and images are available from www.clp1968.it 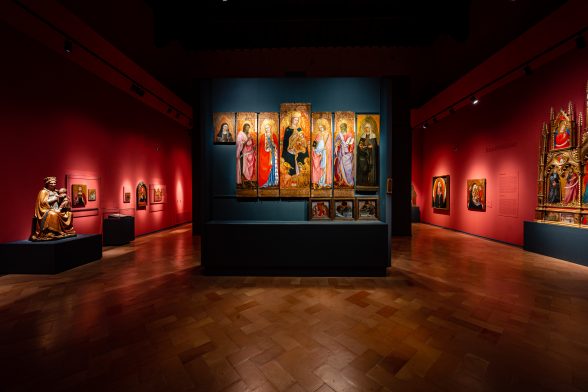 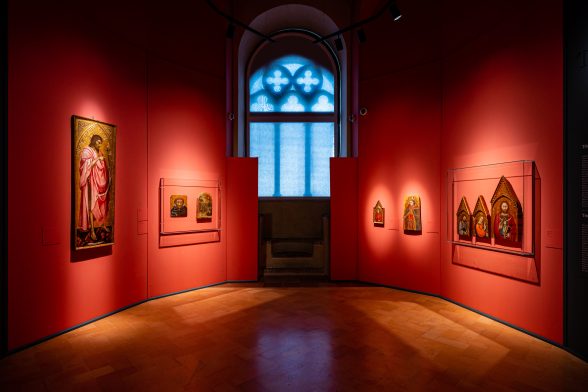 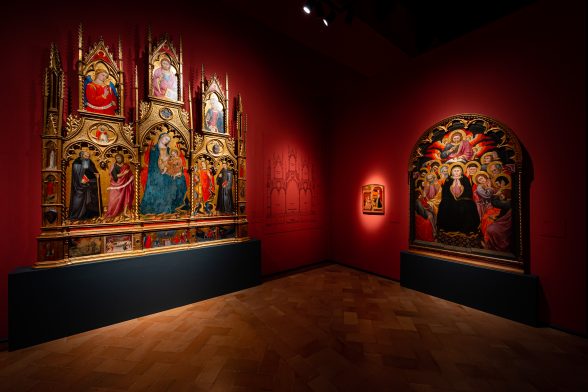 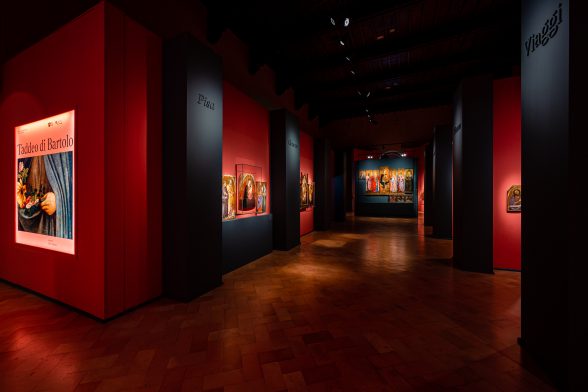 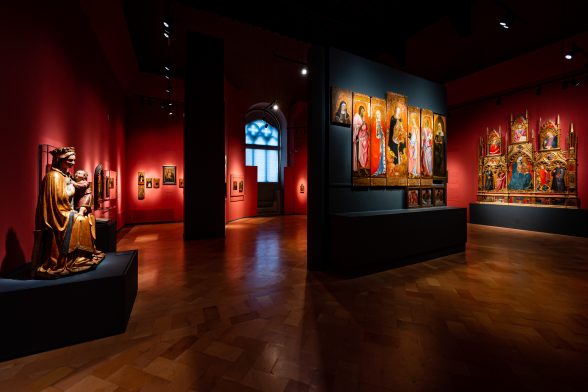